Home » Store Deodorant Stinks Because of These 10 Reasons!

Store Deodorant Stinks Because of These 10 Reasons! 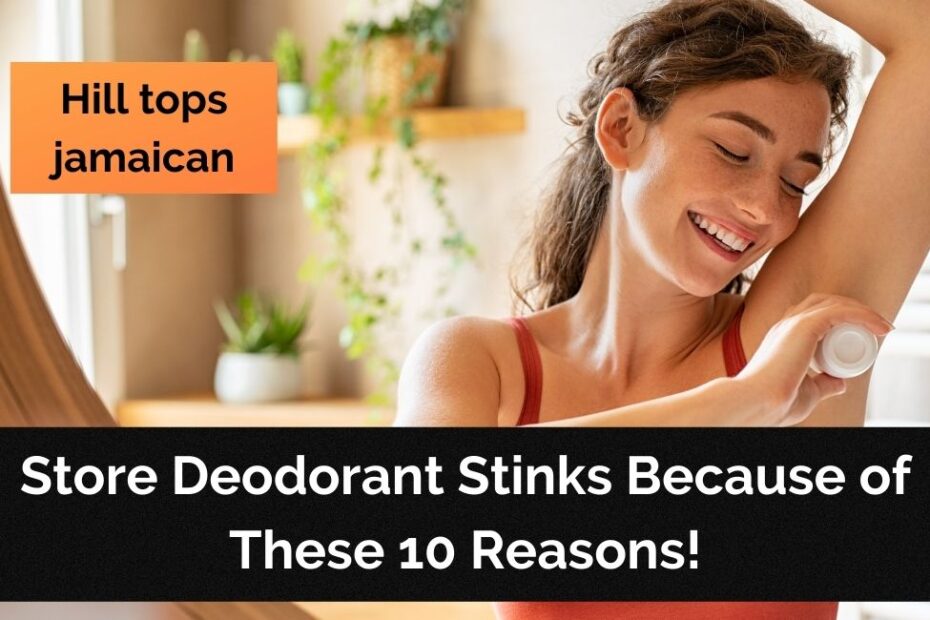 Reasons why over-the-counter antiperspirants and deodorants are harmful items that should not be used near sensitive breast and glandular tissue, as well as the results of scientific investigations on the risks posed by common chemicals in these products.

It’s time to wake up and smell the roses if you’re still using underarm deodorant from the store even when you eat a natural and healthy diet.

Store-bought deodorant contains a wide variety of chemicals and poisons, many of which are able to readily pass through the skin and enter the bloodstream.

Even more problematic is the practice of applying these creams immediately after shaving. Chemicals are able to get through the skin barrier and directly into the bloodstream through even smaller openings, which are created by tiny nicks in the skin.

The nicotine patch is one of the most well-known examples of how the pharmaceutical industry is capitalizing on the skin’s capacity to absorb substances of varying types and concentrations. There is now a skin patch that may be used for birth control, as well as a patch that can be used to prevent motion sickness when going on a cruise or flying.

Applying large amounts of the chemicals and heavy metals found in underarm products on a daily basis is a risky habit that, in the long run, is likely to contribute to a wide range of health problems.

In need of some compelling arguments to abandon that deodorant you bought at the store? Before you take your next shower, take a look at this list of the top 10 things to think about, as well as information on where you can get nontoxic brands that truly work.

Even if they are branded as “natural,” the vast majority of deodorants still contain potentially dangerous substances such as parabens, which can be identified by one of the following common prefixes: methyl, ethyl, propyl, benzyl, or butyl.

It is especially risky to apply parabens to the delicate skin under the arms since it is so close to the breasts. Parabens provide a carcinogenic risk.

According to a research by the Breast Cancer Fund, detectable quantities of six distinct forms of parabens have been found in breast cancer tumor tissues.

The fact that the concentration of the parabens in the biopsies was almost the same as the concentration that would be seen in cosmetics containing parabens, such as underarm deodorant, is even more illuminating.

The risk of paraben exposure is not limited to the breasts. It was revealed that parabens were present in almost all of the urine samples taken from a broad group of adults in the United States. This finding suggests that these chemicals enter the bloodstream and travel throughout the body before being expelled.

The heavy chemical aluminum is found in most deodorants, and its presence in some natural deodorants is even concealed by the word “alum,” which is found in their ingredient lists. Any chemical compound that contains the term “aluminum,” such as aluminum chlorohydrate or aluminum zirconium tetrachlorohydrex gly, would be a potential source of concern.

Aluminum exposure has been shown to be linked to the development of Alzheimer’s disease, according to research conducted in the scientific community.

Triclosan is a compound that has antimicrobial and antifungal properties. Based on the results of the preliminary research, it appears to have the potential to cause cancer due to the presence of dioxin. Triclosan is able to pass across cell membranes unimpeded and is stored in adipose tissue.

A study carried out in 2016 demonstrated that exposure to this substance caused disruptions in the placental hormones of pregnant rats.

Since triclosan is found in many natural deodorants, shopping at a health food store will not prevent you from exposure to this chemical even if you choose to buy your deodorant there.

Enjoy the way your deodorant makes you smell? Even natural seeming perfumes like rose might be something else completely. The fragrance business takes great effort to conceal from consumers exactly how chemical perfumes are created by combining any of the 3,100 stock chemical ingredients that are accessible by employing a variety of different combinations of those elements. According to reports from the Environmental Working Group:

Bottom line? If the ingredient list on your deodorant includes the word “fragrance,” then you have no idea what’s actually in it!

Sodium lauryl sulfate (also known as SLS), a chemical that was once widely used in deodorant, is now prohibited in Europe. In addition to being a known irritant to the skin, SLS is also thought to be a carcinogen and has been associated to kidney and liver damage, disruption of the neurological system, damage to the eyes that can lead to cataracts, as well as dermatitis and eczema.

It’s beneficial for you to sweat! You should sweat to get rid of pollutants, and your body needs to do so as a regular part of its cooling response. The usage of chemicals included in antiperspirants to prevent perspiration is a harmful behavior that can lead to the buildup of toxins.

Trickery in the Marketing.

Some antiperspirants, including those that are natural and organic, such as salt crystals and salt sprays, make the claim that they do not contain any aluminum chloride.

On the other hand, if you look at the ingredients list closely, you’ll see that they have potassium alum in them. Aluminum is still present in the compound known as potassium alum since its full chemical name is potassium aluminum sulfate.

What in the world are those little clumps that conventional deodorants leave behind on your skin?

This item does not entirely suds off in the shower either, and over time it will destroy your clothing by leaving yellow stains on them that cannot be removed with washing (the yellow color comes from the aluminum in the product).

They are particularly embarrassing if they land on your yoga mat while you are attempting to relax in child’s pose since they prevent you from focusing on your breathing.

Many individuals claim that the natural alternatives to conventional deodorants that may be purchased at health food stores either do not work at all or only work for a short amount of time. This topic is skewered in a hilarious way in the video that can be found below!

It’s totally uncool to buy deodorant in a store.